Enquire about Indian Pacific Rail Journey
When are you thinking of travelling?
Get Prices
100% Privacy Guaranteed
See ABTA & ATOL details 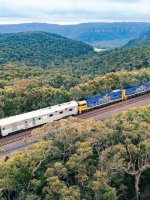 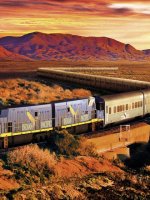 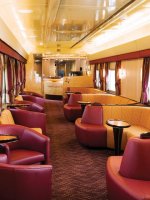 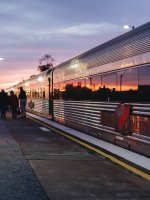 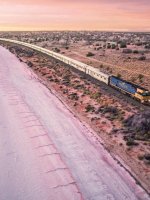 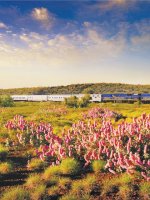 Get prices for Indian Pacific Rail Journey
When are you thinking of travelling?
Get Prices

The Indian Pacific Rail Journey is recommended for those interested in history, culture and nature.

The Indian Pacific is called so because of the two oceans it connects on its cross-country voyage between Perth and Sydney. It's considered one of the world’s longest and most outstanding train journeys, covering over 4,350 kilometres in total on its 3 night journey.

Going east from Perth's superb beaches, the train sweeps across the endless landscapes of the Nullabor Plains, calling into remote the Outback town of Kalgoorlie before arriving in Adelaide.

Then, after a chance to explore the countless tourist attractions of South Australia's state capital, you'll carry on across some of Australia's most prolific pastures to the UNESCO-listed Blue Mountains, arriving in Sydney as a final point.

You will also get the chance to go on off train excursions in Adelaide, Cook and Kalgoorlie.

The South Australian capital is most recognized for its luxurious parklands, fabulous beaches and tranquil lifestyle that is all about great food, wine and festivals.

This tour comprises of a private guided walk and tastings at one of the nation's most iconic produce markets, established in 1869.

Inducing the spooky surroundings of a ghost town, Cook remains one of the most remote outposts on the Nullarbor Plain. Now only readily accessible by rail, Cook has a population of four and a rich history tied to the Indian Pacific route.

This self-guided tour lets guests explore the haunting relics of a once-thriving town, including the local school, prison cells and general store.

There are many tales to share in the Outback's main mining town, from captivating gold rush legends to modern-day stories of mining tycoons.

This tour takes guests to Kalgoorlie's Super Pit - the nation's largest open-cut mine. Pan for gold, ride the paddy wagon and get up close to the super-sized dump trucks at Hannan's North Tourist Mine.

Plan the perfect rail journey to Australia by placing an enquiry today! Just use the form on the right and one of our Rail Journeys Experts will be in touch with you soon!

Get prices for Indian Pacific Rail Journey
When are you thinking of travelling?
Get Prices

As of 26th Jun Holidaysplease is rated: