Enquire about Brazil Beach Holidays
When are you thinking of travelling?
Get Prices
100% Privacy Guaranteed
See ABTA & ATOL details 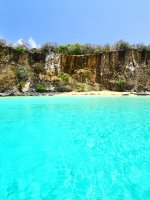 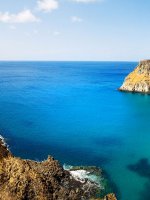 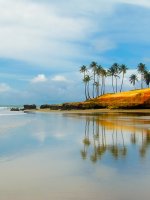 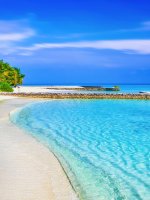 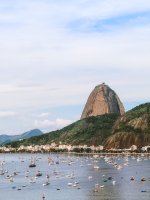 Get prices for Brazil Beach Holidays
When are you thinking of travelling?
Get Prices

Thinking of going on a beach holiday in Brazil? Here are some of the best beaches this splendid country has to offer.

Fernando de Noronha is a re-embodied archipelago, transformed in 1988 from a penal colony, an Air France refilling point and an American Cold War tactical warhead base to a National Marine Park. The extraordinarily recent development is outstanding bearing in mind Brazil's marine Eden - located about 500 km off the north-eastern coast at Recife - is home to the country's highest-ranked beaches.

When seen next to the dramatic volcanic formation of Morro de Pico, a 1,055 metre inactive volcano that extends upward from the small island, and the twin volcanic rock formations known as Dois Irmãos, which are found just offshore, Fernando de Noronha becomes one of the most spectacular spots on the planet.

Prainhas do Pontal do Atalaia

The stairway leading to the Pratal do Pontal do Atalaia seems to lead to paradise. It’s hard not to be fascinated by the sight at the top of the stairs, from where you can see the white sandy beaches, the colourful sea and the still-preserved green on the nearby Lighthouse Island.

The water has blue and green reflexes, depending on the sunshine and it’s always tranquil and translucent. The beach in Pratal do Pontal is comparable to the ones in the Caribbean, with fine beaches surrounded by rocks and green vegetation. An ideally centre placed dune on the beach offers a splendid view of the surroundings. You’ll also find a small, picture-perfect cave, known as Grotto of Love.

Popularized by the song "The Girl from Ipanema," this world-famous beach gives foreign visitors a sense of life in Rio, displaying a cross-section of different lifestyles, chic boutiques and eateries and luxurious apartment buildings.

Interested in booking a beach holiday in Brazil? Just place an enquiry using the form on the left and one of our experts will be in touch shortly!

Get prices for Brazil Beach Holidays
When are you thinking of travelling?
Get Prices