Enquire about Cachaça
When are you thinking of travelling?
Get Prices
100% Privacy Guaranteed
See ABTA & ATOL details 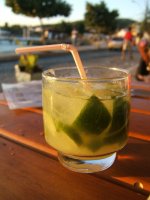 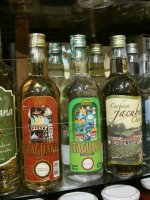 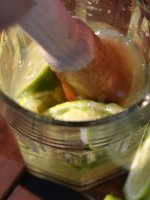 Get prices for Cachaça
When are you thinking of travelling?
Get Prices

Cachaça, the distilled Brazilian spirit, is sometimes compared to rum. The key difference between these two alcoholic beverages is that Cachaça uses fresh sugar cane juice whereas rum is usually made of molasses. Due to Cachaça being made from raw sugarcane, it has an earthy quality and is less sweet than rum. This spirit is really popular in Brazil and is commonly used to create the internationally-known Caipirinha cocktail, which is Brazil’s national drink.

Caipirinha is often called “pinga” amongst Brazilians. The Cachaça is accompanied by lime, sugar and ice to create the Caipirinha drink. Usually this beverage is made up into a large jug and then poured into individual glasses.

Plan your trip wisely and get involved in some of Brazil’s notable dates. Go to Brazil for National Cachaça Day, which is on September 13th. Celebrate with a day full of Cachaça! Perhaps September doesn’t fit your schedule, but that doesn’t mean you have to miss out on the Cachaça fun. Head to Brazil for June 12th and join in with the International Cachaça Day celebrations. Sip “pinga” into the night with the locals and see how the Brazilians celebrate their staple drink.

Place an enquiry and one of our travel experts will help you get a Caipirinha in your hand as soon as possible!

Get prices for Cachaça
When are you thinking of travelling?
Get Prices

As of 26th Jan Holidaysplease is rated: