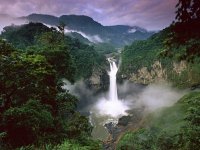 Enquire about Iguana Park
When are you thinking of travelling?
Get Prices
100% Privacy Guaranteed
See ABTA & ATOL details 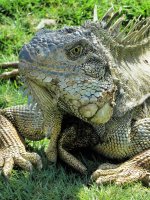 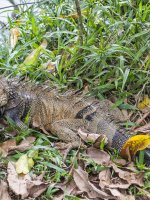 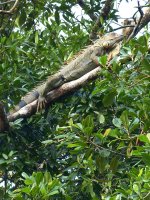 Get prices for Iguana Park
When are you thinking of travelling?
Get Prices

Iguanas are literally everywhere to be seen at Iguana Park, all sizes and colours, from tiny green iguanas to big orange iguanas, to the ground and in the trees. As well as iguanas, visitors will also get to see other animals at the park such as squirrels in the trees, tortoises and fish in the small pond.

Once known as Plaza de Armas, Iguana Park has an interesting history with an ever changing name by locals. Once called Parque Bolivar, the park was named that due to the statue of Simón Bolíva. The park was later renovated and renamed to Parque Seminario after Manuel Suárez Seminario in the French style it is seen as today.

Nearby attractions to visit in Guayaquil include the colourful buildings in Las Peñas, set at foot of Cerro Santa Ana.

Complete an enquiry form and one of our South American travel experts will be in touch to help you plan your Ecuador holiday.

Get prices for Iguana Park
When are you thinking of travelling?
Get Prices

As of 21st Jan Holidaysplease is rated: