Enquire about Great Lakes Holiday
When are you thinking of travelling?
Get Prices
100% Privacy Guaranteed
See ABTA & ATOL details 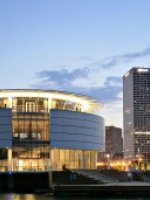 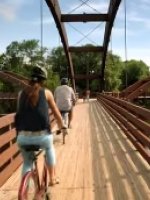 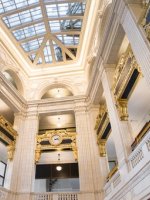 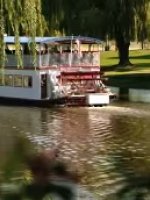 Get prices for Great Lakes Holiday
When are you thinking of travelling?
Get Prices

Visit all the great lakes of America in one fantastic holiday, from lake Michigan to the Green Bay and everything in between! this holiday will be one to remember.

To find out more about a great lakes holiday in the US, fill out an enquiry form and let our experienced advisors plan the perfect holiday for you.

Begin this road trip in The Windy City with a big breakfast and coffee at Lou Mitchell’s, one of the most famous diners in America. Chicago is also home to the Willis Tower, North America’s tallest building so be sure to take time out for that.

isit the gorgeous Millennium Park, take in some history lessons at the Field Museum or maybe catch some of the city’s famous improvisational comedy. A walk down the Magnificent Mile will treat you to some spectacular views of the amazing architecture the city has to offer including the Chicago Water Tower. Of course, this is where you can get your first experience of Lake Michigan.

Head on up to Milwaukee next    for some more Northern culture. Stop by the Miller Brewery for a guided – and tasting! – tour. The Milwaukee Art Museum, Grohmann Museum and Haggerty Museum of Art amongst others comprise Milwaukee’s most prominent cultural attractions.

Pay a visit to the oldest cocktail bar in town too, Bryant’s Cocktail Lounge, open since 1938. And the Arthur “Fonz” Fonzarelli statue, complete with signature pose. Finally, sample a different viewing of Lake Michigan, helping to illustrate how vast these waters are.

Dubbed the “Crown Jewel of the National Football League”, Lambeau Field must be one of your first ports of call upon arriving in Green Bay. Home to American Football’s Packers, this venue is one of the finest in the entire sporting world with an atmosphere that is tough to match.

The stadium tour is great for rookies or seasoned veterans of the game.
Bay Beach is an amusement park with an unusual gimmick to attract visitors during its operating seasons between May and September. The prices are unbelievably low, with rides costing on average 20c per go. The National Railroad Museum and Meyer Theatre are more than worthy visits whilst residing in Green Bay too.

Onto your second lake of the trip; Lake Superior, via the major port city of Marquette. Lake Superior is grand in every sense of the word and with the help of the crisp Wisconsin air, will take your breath away. Quaint and peaceful, Marquette will truly generate an appreciation from you for its leafy green forests and picturesque landscapes that stretch as far as the eye can see.

Summer activities such as biking, hiking, boating, kayaking, beaches, canoeing, four wheeling and fishing are all available whilst winter allows for skiing, snowshoeing and snowmobiling amongst other things.

Voted Most Beautiful Place in America in 2011, a key component of your Traverse City itinerary should be plotting a visit to Sleeping Bear Dunes National Lakeshore. There are several local wineries here that are fast becoming recognised for the fresh and clean taste of their products and there are plenty of opportunities for tasting and tours.

The first week of July is also host to the National Cherry Festival, a really spectacular celebration, given that the region produces up to 360,000,000 lbs of cherries annually.

Detroit, The Motor City is next up, allowing you to see a smaller part of The Great Lakes system, Lake St. Clair, with its connection to both Huron and Erie. The Motown Historical Museum is a key attraction, central to the city’s musical legacies whilst the Henry Ford Museum hosts multiple exhibits and items with cultural and historical significance, particularly from the Industrial Revolution.

The spectacular Fox Theatre offers some of the finest shows in the country. Greektown district offers visitors a mini Vegas experience, with its large selection of entertainment complexes, casinos and resorts.

Crossing the border, and your first stop in Canada will be to visit the third lake of the tour, and the second-largest of the five lakes, Lake Huron. Sarnia is situated just across the river and border from Port Huron in Michigan.

The Stones n’ Bones Museum is a fun and stimulating attraction housing over 6,000 items, whilst the Highland Glen Conservation Area is a gorgeous and unspoilt location, perfect for a peaceful wander further down the coast of the lake.

The Lake of Shining Waters, Lake Ontario will be your next stop in Toronto. The smallest of the five main lakes, it is the only one not to share a shoreline with Michigan. Containing some of the finest Victorian Industrial architecture in all of North America, the Distillery District has a multitude of reasons to pay a visit.

With notable films such as American Beauty, Dallas Buyer’s Club, Silver Lining’s Playbook, The King’s Speech, and many, many more having premiered here, the Toronto International Film Festival is a definitive call if visiting during September.

Probably unmissable – it is over 1800 ft. tall! – the CN Tower is a staple of any visit to Toronto. With conventions, concerts, carnivals, monster truck shows and other large-scale events alongside its typical repertoire of sports, the Rogers Centre will certainly host something of interest to you. Sampling the national pastime with ice hockey’s most storied franchise watching a Toronto Maple Leafs game is an absolute must too.

Holding over 5000 animals from more than 500 species, the Toronto Zoo is amongst the very largest zoos in the world. The Royal Ontario Museum is also a prominent attraction, with its world culture and natural history exhibitions containing over six million items.

Heading over to the western side of New York, you’ll enjoy a stop in Buffalo. Located at the head of the Niagara river and across from Fort Erie, Canada, you will absolutely have to make time for a trip up the river to the Falls. While there, riding the Maid of the Mist is a definitive experience that you won’t regret… but you will probably get a little bit wet!

Authentic Buffalo wings will have to be on the menu whilst there, maybe you can even find out the real origin story! Something of a novelty, but a popular attraction nonetheless, is Edward M. Cotter, the longest serving fireboat in the US. Buffalo is also home to one of the largest outdoor Shakespeare festivals in the United States, Shakespeare in Delaware Park. You will also get your first of several chances to see Lake Erie, the final one to see.

Down into Pennsylvania for a stop in the city of Erie. With some of the best views of the lake available from here, take the time to just enjoy the walk along the shoreline.

The arching peninsula of Presque Isle State Park is a must-see, with its multitude of roads, recreational trails, beaches and a marina, it plays host to biking, boating, hiking and bird-watching amongst other activities. Several endangered species of bird can be seen here if timed just right.

Another city, another state as Cleveland, Ohio is the next stop along the edges of Lake Erie. Home to Millionaire’s Row, Euclid Avenue contains several historic mansions once owned by J.D. Rockefeller amongst others.

Cleveland Botanical Garden has undergone recent renovations including a glass house recreation of a Costa Rican Rainforest while the Steamship William G. Mather is a former     bulk freighter of the Great Lakes that in retirement has been restored as a museum.

Ultimately, a visit to the Rock n’ Roll Hall of Fame should be integral to your Cleveland stay. With exhibits and items from stars such as Elvis, Michael Jackson, The Rolling Stones, Jimi Hendrix, Stevie Wonder, U2 and more, this is the comprehensive musical history.

Your penultimate stop will be in Fort Wayne, where a visit to the remarkable Embassy Theatre is paramount. Originally constructed in 1928, The Embassy showcases events ranging from concerts and Broadway musicals to community events, you’ll be sure to catch something memorable whilst in town.

The Fort Wayne Children’s Zoo is one of the nation’s most acclaimed, whilst there are various historical attractions that piece together the timeline of Fort Wayne. Held every September, the Johnny Appleseed Festival is a fun and friendly festival celebrating the life of pioneering nurseryman, philanthropist and missionary John Chapman.

Finally back to Chicago where you can enjoy the last of your trip. The University of Chicago Oriental Institute has a vast collection of Near Eastern and ancient Egyptian archaeological artefacts.

With the Adler Planetarium & Astronomy Museum, the Field Museum of Natural History and the Shedd Aquarium, you won’t run out of things to see and do. Classics like the Chicago Dog and a Maxwell Street Polish will give you the energy to take on your first spell on the road too.

Get prices for Great Lakes Holiday
When are you thinking of travelling?
Get Prices

As of 24th Jan Holidaysplease is rated: