Enquire about Namibia Safaris
When are you thinking of travelling?
Get Prices
100% Privacy Guaranteed
See ABTA & ATOL details 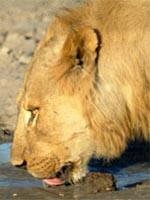 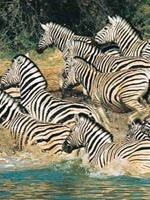 Get prices for Namibia Safaris
When are you thinking of travelling?
Get Prices

Namibia is a large and sparsely populated country on Africa's south-west coast. It is a great safari country, particularly if you have time to spare.

As a safari destination, Namibia is best seen on a fly-in or mobile safari. The best places and lodges to go to depend on the time of year because of the weather and migration.

For the best Nambibia safari we suggest you enter your dates on the right hand side of the page and one of our Nambia travel experts will be able to give you advice on the best places to stay. They can also search the market for the best prices.

Here are some safari highlights:

- The premier wildlife spot is Etosha National Park which, though pared down since German colonial days, remains an impressive 23,175 sq km. A vast area on Namibia's central plateau, it is a haven for 93 mammal species and 340 bird species. The park's focal point is the Etosha Pan - a flat, 12 million-year-old saline desert in the eastern sector of the park, 130 km long x 50 km at its widest.

Climatic and tectonic changes have since lowered the water level so that the Pan only holds water for a brief period each year - it teems with flamingos and pelicans in the summer. The saline and mineral residues, along with moisture from perennial springs, attract an immense number and variety of game and birds from mid-March into November, just before the new wet season starts.

Avoid the regional school holidays - the only accommodation in the Etosha Park is at three large rest camps that become especially crowded during those times.

- The Namib Desert, almost 2000 km north to south from the border with South Africa to Angola in the north, is an inhospitable region characterised by searing heat during the day and bitter cold at night. For the most part it's bone-dry and although not conventional "safari country", it contains an intriguing diversity of flora and fauna which adapted to the apparently barren habitats of the Namib has over 80 million years. There are archaeological sites providing evidence of the hunter-gatherers who have inhabited the region thousands of years.

The bird lagoon at Sandwich Harbour within the Namib is a deserted wetland flanked by dunes. It provides an ideal environment for an extraordinary proliferation of birds. The area is restricted to daytime visits only and is a must for any self-drive itinerary. And the amazing dunefields of Sossusvlei are a scenic photographer’s paradise.

- A strange and fascinating place is Namibia's bleak and savagely inhospitable northern seaboard known as the Skeleton Coast: unbelievably beautiful and empty. It was a maritime graveyard for unwary ships over the centuries whose surviving sailors only came ashore to die in the pitiless wastes of the Namib Desert. Most of this rugged area, full of extraordinary wildlife has limited access – a fly-in safari is best.

- Kaokoveld is one of the least accessible parts of Namibia, but offers an insight into some of Namibia's most unusual natural features and fascinating cultures. Considered Africa's last great wilderness it offers fascinating geology and ancient rock art. Best tackled as part of a packaged safari, it is less a safari destination as such as a place to see extraordinary landscapes.

For the best advice just enter your details on the right and we will be in touch shortly.

Get prices for Namibia Safaris
When are you thinking of travelling?
Get Prices