Enquire about Safari Tips
When are you thinking of travelling?
Get Prices
100% Privacy Guaranteed
See ABTA & ATOL details 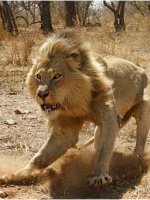 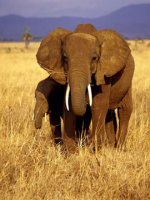 Get prices for Safari Tips
When are you thinking of travelling?
Get Prices

A myriad of images are conjured up by the word “safari” – the Swahili word for traveller, followed by a host of practical questions. Here is a start to the exciting process of finding the answers.

Best time for safari? Seasons in Africa are not as well defined as in Europe or North America. Year round, the climate is relatively warm. The seasons become less defined as you move north from Cape Town towards Nairobi.

The best time for wildlife viewing is during the “dry” season because the relatively few water holes mean trackers have a better idea of where to find the animals and the thinner bush means better visibility. When there is a lot of water, as in summer, animals disperse more and are less visible in the long grass and lush bush.

In southern Africa, with four annual seasons, winter (July and August) is the dry season, but late May /early June and September/early October are also fine times to go. In East Africa, which has a tropical climate, seasons simplify into the “long rains” and “short rains”. In Kenya, rainfall patterns vary from area to area. East of the Rift Valley, for instance, the short-rain season is from November to December and the long rains March to May.

Do we need a guide? A good guide is the key element to a great safari. Their encyclopaedic knowledge of flora and fauna adds immeasurably to the interest and enjoyment of watching wildlife. They “up the ante” for the likelihood of your seeing any wildlife in the first place - through their ability to predict where everything will be in any particular weather and conditions - and to your safety should an animal suddenly turn aggressive, as can happen.

Should we go independently or with a package?  It is not obligatory to go to a game reserve to see wild animals. In Kenya, for instance, an around 70% of the wildlife lives outside the reserves - many are not fenced (including the Mara). You can see the animals from the road as you drive around the country (well, your passengers can as you’ll need to be watching out for potholes, cattle and other obstacles).

However, you are already very experienced, it is advisable to travel with a reputable operator. Africa can be dangerous. Consider making your own independent arrangements for getting to Africa and then linking up with a local operator/guide, but book before you go. The most reputable UK operators use this method.

How should we travel once we are there? Walking is a great option, but not suitable for everyone’s constitution. Foot travel certainly puts you in touch with nature and makes you aware of the potential danger animals pose far more effectively than seeing the game from a vehicle.

Going by horseback can be exhilarating, especially if you get to canter with giraffe or zebra; going on elephant-back is an incredible experience, since they do not scare off other animals and their height gives you an amazing viewpoint..

Understandably, most people view game from a vehicle. This is safe and great for picture-taking, since you do not have to worry about having to take evasive action suddenly and, most importantly, because the animals do not perceive a slow-moving vehicle of quiet, still occupants as threatening: you can get much closer to even the Big Five than any guide would dare if on foot.

Get prices for Safari Tips
When are you thinking of travelling?
Get Prices