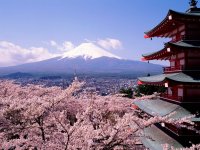 Dream ticket went into administration at the end of May 2011, leaving thousands of customers wondering whether their dream holidays (worth around £7m) would turn into a nightmare.
When it was then revealed that the administrators were appointed on Monday 23rd May and had sold all of the assets of the company by Friday the same week questions started to arise as to how thorough the sale process was....

We have found out that the company who were instructed by the administrators to sell the assets gave people just 24 hours to submit their bids and then a further 24 hours to complete the deal.
This seems incredibly short  for a company that had turnover of around £30 million and 395,000 customers?
We have also found out that only 3 companies were able to meet the initial 24 hour deadline and only 1 company that managed to fulfil the final 24 hour deadline.

And who was this one company that managed to fulfil the 24 hour deadline? They are a company called Tropical Sky and it just so happens that their auditors .............. are the company appointed to sell Dream Ticket on behalf of the administrator!

Isn't this a conflict of interest situation where you have one client (the administrator) wanting to get the highest price and you have another client (the purchase) wanting to get the lowest price?
We know for a fact that bids for Dream Ticket were missed. One company submitted their expression of interest to the accountants of Dream Ticket just 2 days after the administration was announced. That was never followed up.

What does it mean for customers?

Dream Ticket sold up to £30m in holidays in any given year. According to their latest accounts, the buyer, Tropical sky sells £21.5m holidays in a year.
Without all the Dream Ticket staff (many of whom have been made redundant), the customer service team at Tropical Sky now has to cope with up to double the number of customers.
Moreover these new customers are presumably going to be very labour intensive because understandably they are going to be very worried about their holiday plans and will be ringing all hours for details of what is going to happen.
Further administration comes from dealing with the Civil Aviation Authority (CAA) about holidays paid for but not fulfilled. Also dealing with those customers who are abroad who need to be brought home.
Not only could all of this impact on the customer service that Dream Ticket customers receive but it could also impact on that which Tropical Sky customers receive.
Only time will tell whether this is the case.

If I was a creditor, customer or employee of Dream Ticket then I would be asking questions over the selection process used to select the eventual buyer. I would ask the administrators why did they:
1) Only give the exact details of the bidding process to just a few hundred travel professionals when tens of thousands were just an e mail away on trade publication e mail databases;
2) Only give a 24 hour deadline to make offers when it would have taken most companies longer to evaluate the true worth of a £30m turnover company like Dream Ticket;
3) Not re-open the bidding process when only one company managed to meet the 24 hour deadline.
4) Allow the auditor of the eventual winner to be the company that conducts the bidding process.
As the administrators have been unwilling to say how much Dream Ticket was sold for it is very hard to gauge whether this was a fair market value.
However in our opinion from the outside looking in, the sale may have been conducted a little too quickly and a little too quietly to get the best buyer for customers, creditors and employees alike.