Enquire about Mauritius Holidays
When are you thinking of travelling?
Get Prices
100% Privacy Guaranteed
See ABTA & ATOL details 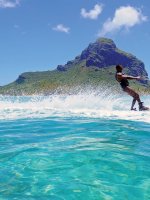 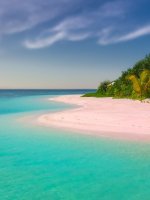 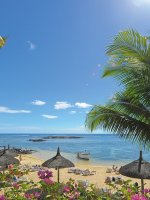 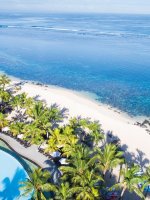 Get prices for Mauritius Holidays
When are you thinking of travelling?
Get Prices

From about the 10th century, Arab and Malay traders occasionally stopped by on Réunion. They never settled because the island lacked a large harbour and protected lagoons, which featured so prominently on Mauritius.

The Portuguese were the next to arrive. First was explorer Tristan da Cunha, who accidentally landed in the area in 1507 and named the island Santa Apollonia. In 1512, Pedro de Mascarenhas renamed it Mascareigne, the name still applied to the island group as a whole. The Portuguese did not settle.

The first French arrival was in 1642, when a French East Indiaman landed, planted the French flag and departed. The French, meanwhile, had claimed nearby Madagascar, where they established several ill-fated settlements, notably in the giant island’s southeast at Fort Dauphin.

It was from Fort Dauphin that Réunion’s first settlers came, in 1646. The then governor of Madagascar, Sieur Pronis, exiled a dozen-odd troublesome Frenchmen to Réunion. They were left there to fend for themselves and lived in caves around what is now St-Paul.

By the late 1600s, Réunion had become a prominent pirate base, as international seafaring riff-raff realised the island was conveniently removed from the French military machine. Well-known pirate captains (including the likes of Captain William Kidd) ruled that no weapons were to be brought ashore and that no treasure was to be buried on the island. In 1713, the French East India Company arrived in full force, sinking many of the pirate vessels. Aiming to make the island profitable, they set up a garrison and brought in hundreds of African and Malagasy slaves from 1715 to 1730, despite contravening their own regulations by doing so. The slaves were put to work on coffee, cotton and spice plantations.

Get prices for Mauritius Holidays
When are you thinking of travelling?
Get Prices

As of 23rd Feb Holidaysplease is rated: