Enquire about Botswana Safaris
When are you thinking of travelling?
Get Prices
100% Privacy Guaranteed
See ABTA & ATOL details 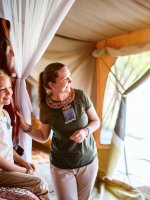 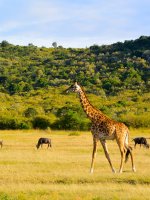 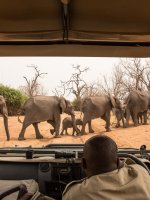 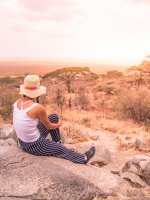 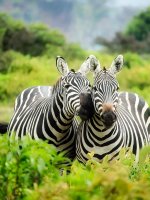 Get prices for Botswana Safaris
When are you thinking of travelling?
Get Prices

Botswana is without question a deluxe safari destination. As a country, it has adopted the philosophy that low-impact, high-revenue tourism will serve it best. While more expensive than other safaris, it is well worth it.

A predominantly flat country with gently rolling tableland, Botswana is home to the “great grey-green” Limpopo river in the east and the Kalahari Desert (which covers 70% of the country) across the south west. Unparalleled game viewing and wonderful facilities are Botswana’s safari characteristics, with its bushveld an interesting contrast to the wide open spaces of Kenya’s Masai Mara. There is a huge elephant population in Chobe in the north east which swings in and out of Botswana and Zimbabwe. Botswana also claims the biggest lions in Africa that can, on occasions, even take down elephants and hippos.

With some of Africa's best known camps (such as Mombo, Jack's, Sandibe and Nxabega), accommodation tends toward the luxurious lodge – try exploring on the back of an elephant, for example, with the baby elephants ambling alongside for around £1,100 per night. For the intrepid, back-to-basics tent experiences are readily available: how about sleeping under canvas, showering under a bucket in the middle of the Kalahari Desert before going out onto the salt pans on quad bikes, walking with San Bushmen and taking night drives? An experience of a lifetime at around £350 a night.

Safari in Botswana is most associated with fly-in or mobile safaris and best from May to October, although it also has one of Africa's top six walking safari areas. Highlights include:

- The Moremi Game Reserve: the focal point for Delta safaris, making up nearly 70% of the Okavango Delta, including some of Botswana's best camps and tailored to fly-in safaris

- The Chobe National Park: the second largest national park in Botswana, offering one of the greatest concentrations of game found on the African continent. The park is divided into four distinctly different eco systems: Serondela with its lush plains and dense forests in the Chobe River area in the extreme north-east; the Savuti Marsh in the west; the Linyanti Swamps in the north-west and, fourthly, the hot dry hinterland in between. Chobe is renowned for its elephant population, river front game viewing, zebra migrations in the Savuti and outstanding camps in the Selinda Reserve on the western front

- The Okavango Delta in the north west: the world’s largest inland delta and Africa's finest wetland. Okavango is an oasis in the Kalahari, well known for its "mekoro" (dug-out canoe trails) and best accessed by light aircraft and usually explored from Moremi.

- The Kalahari Desert - home of the bushmen and one of the world's largest sand mantles (broadly encompasses the Makgadikgadi salt pans). Best viewed on a mobile safari.

Are you looking to visit Botswana on a fantastic safari holiday? Place an enquiry using our provided form or start a Live Chat today!

Get prices for Botswana Safaris
When are you thinking of travelling?
Get Prices