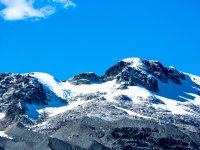 Enquire about Canada Ski Resorts
When are you thinking of travelling?
Get Prices
100% Privacy Guaranteed
See ABTA & ATOL details 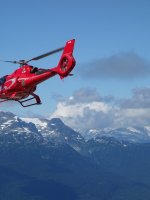 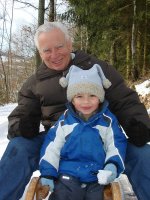 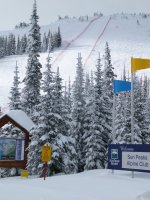 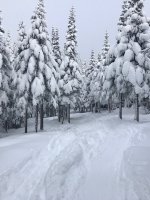 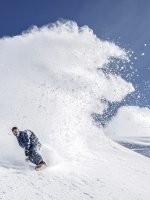 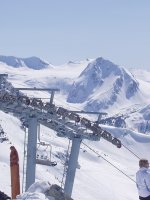 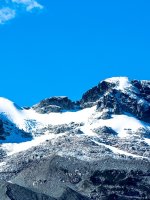 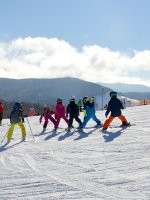 Get prices for Canada Ski Resorts
When are you thinking of travelling?
Get Prices

For the mountain lovers and explorers we have put together a list of our top 5 favourite ski resorts in Canada. Whether it's alpine, cross-country or heli-skiing, there's something for everyone at most ski resorts–even for children and non-skiers.

For children: Apart from ski lesson available for all levels and ages, there are special kids and teen programs and the Whistler Kids Snow School. In addition, there is also outdoor skating at Olympic Plaza and the thrilling Coca-Cola Tube Park.

2. Sun Peaks, near Kamloops, British Columbia: At 15 square kilometres Sun Peaks is the second largest ski area in British Columbia and the third-largest in the country. This resort is popular with families and experienced skiers with its opportunities for alpine and Nordic skiing.

For non-skiers: Sign up for a guided mountain tour of any of the 124 trails with a local Sun Guide or with Olympic ski champion Nancy Greene. Other options for non-skiers include snowboarding, snowmobile rides, tubing and snowshoeing.

For children: skating, dog-sleighing, aqua centre programs, ski lessons and time on the special bungee trampoline. Teens enjoy the Mascon Hangout at Sun Peaks Sports Centre where they can entertain themselves with Xbox, Wii and films.

3. Banff/Lake Louise, Alberta: Skiers have long been coming to this region in the heart of the Rockies where the skiing is offered in three main resorts: Mt. Norquay, Sunshine Village and Lake Louise Mountain Resort. Banff National Parks is a UNESCO World Heritage site popular with tourist year-round, though in winter it becomes a 6,641-square kilometre playground.  Lake Louise alone offers ski enthusiasts 139 slopes.

For non-skiers: winter trekking, dog-sleighing and tubing top the list. Lake Louise in winter transforms into a 2.5 km-long skating rink. Plus, there are plenty of culinary and spa opportunities in and around Banff. Afternoon Tea at the Fairmont Banff Springs Hotel is a popular way to warm up on a winter’s day.

4. Mount Tremblant, Quebec: This busy ski destination is nestled in the Laurentian Mountains about 130 kilometres from Montreal. Most of the skiing revolves around the well-appointed Mount Tremblant Ski Resort.

For children: younger children (ages 1 to 6) enjoy the special programs at the Kidz Club, located in the Sommet des Neiges Hotel in the pedestrian village.

5. Le Massif, Baie-Saint-Paul, Quebec: Le Massif in Charlevoix is the highest point east of the Canadian Rockies. Picture a 770-metre vertical drop. There are 40-plus ski slopes, the longest of which is about 5 km long. The best way to get there is a relaxed one-hour train ride from Quebec City, during which passengers can admire the unbelievable vistas of the St. Lawrence River. In addition to alpine, there's cross-country, snowboarding, ice-climbing and many more.

For non-skiers: You must try rodelling, which is a form of sledding, on the specially designed 7.5 km trail on Mont à Liguori. There are also gourmet tours of the Charlevoix area, plus trips to the art scene in Baie-Saint-Paul. The gastronomic delights at La Ferme are the best in the region.

For children: The Youth Program offers a novice package that includes a ski lesson, day lift ticket and equipment rental for the entire day.

Are you looking for the best ski holiday in Canada? Why not place an enquiry now using the form on the right and one of our Canada travel specialists will be in touch soon to help you arrange a once-in-a-lifetime ski holiday.

Get prices for Canada Ski Resorts
When are you thinking of travelling?
Get Prices