Enquire about Game Reserves
When are you thinking of travelling?
Get Prices
100% Privacy Guaranteed
See ABTA & ATOL details 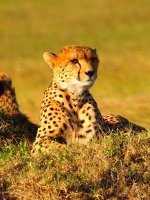 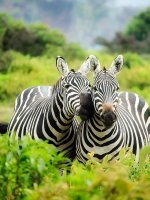 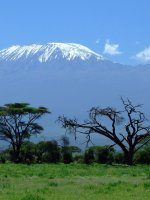 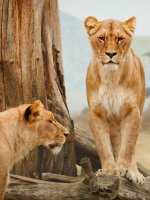 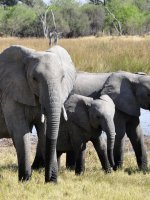 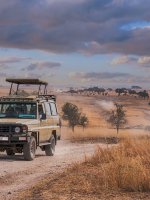 Get prices for Game Reserves
When are you thinking of travelling?
Get Prices

Kenya is most famous for is its concentration of spectacular wildlife found in its 48 National Parks, Reserves, Marine Parks and Game Sanctuaries. It is also the most developed safari country in Africa, with unparalleled game-viewing, established camps and experienced guides.

The variety is remarkable - there is Amboseli, a relatively small park in the south of the country famed for big herds of elephants. There is the Tsavo East park passing through the Chyulu range of hills. Head north towards the arid lands to find the Samburu National Reserve; to the west are the rolling planes of the Maasai Mara Game Reserve and Lake Victoria, once thought to be the source of the Nile.

The Masai Mara - a corner of the Serengeti, the great open grass plain of Africa - is the great place to view the migration. While the Masai Mara has been the focus attention in recently years - essentially for becoming too popular mainly around the larger lodges - there are still pockets of the Mara where sublime small camps run by Masai tribesmen offer an authentic safari experience.
You can also see a great variety of large animals in the Amboseli and Aberdare parks (where Princess Elizabeth was staying when her father died). Single species are specialities of other great parks, such as black and white rhino in the Lewa Downs Wildlife Conservancy, where the 12-guest homestead makes a spectacular place to stay.

So what are differences?

National parks exclude all human activity except for visit and research; in reality, parks are not always devoid of human activities, mainly due to the local pressure. The Kenyan Wildlife Service (KWS), the governmental authority in charge of conservation, manages the national parks.
National reserves allow for a shared use, permitting cattle and human settlement. In fact, local communities usually run the reserves, though they are also staffed by KWS staff.
So all information provided by KWS applies only to national parks. If, for instance, KWS guarantees personal safety in all the parks, you should bear in mind that this does not necessarily apply to Masai Mara and Samburu, as both of them are reserves, not parks.

But whatever the formal protection status of the area, visitors’ behaviour must always be ruled by the highest respect for nature. As a park representative puts it: “We must never forget that human presence alone is an interference with nature. Parks are protected to preserve the ecosystems they contain, not for our enjoyment. So the fact that we are also allowed to enjoy them is a luxury we must appreciate as such.”

There are excellent guides to be found in every safari country, but Kenya is fortunate to have them in abundance– many are descendants of the old hunting families.

While South Africa remained isolated during the apartheid years and Zimbabwe (as Rhodesia) was considered lower on the colonial social scale, Kenya was the undoubtedly the playground of the wealthy. For better or worse, there is a dividend that today’s Kenya enjoys, its guides having a lineage many other countries cannot hope to match. Kenya’s internationalism scores over its big rival, Botswana.

Get prices for Game Reserves
When are you thinking of travelling?
Get Prices