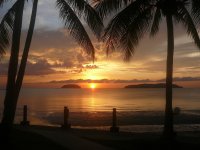 Enquire about Borneo Wildlife Holidays
When are you thinking of travelling?
Get Prices
100% Privacy Guaranteed
See ABTA & ATOL details 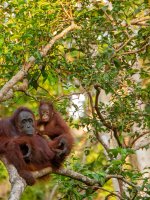 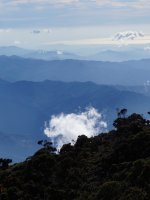 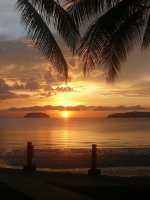 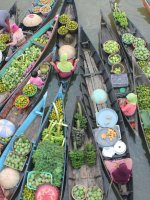 Get prices for Borneo Wildlife Holidays
When are you thinking of travelling?
Get Prices

East Malaysia (Sabah and Sarawak) on the island of Borneo holds a lifetime’s worth of interest for the traveller, from the intrepid jungle explorer to those of us who prefer to sit and stare in wonderment at the ocean. Amid the natural attractions, lies Sarawak’s capital, Kuching - a charming river city, retaining many of its Victorian buildings and Chinese shop-houses.
Easily accessible from Kuching are Sarawak's national parks, which are utterly stunning. Bako, for example, features mangrove swamps, rainforest, monkeys and, yes, carnivorous plants, stunning rock formations and a beautiful beach – and the island’s famous Orang-utans live are in both Sarawak and Sabah.
The Kinabalu National Park covers 754 sq. kms (291 sq. miles) – it is bigger than Singapore Island – and is a botanical paradise, blessed with an astonishing variety of flora and fauna that ranges over four climate zones, from the rich lowland forest through oak, rhododendron and coniferous forests to alpine meadow plants.
The mountain scenery is magnificent, set off by thick tropical rainforest, which also provides a refuge for other endangered species, albeit constantly under threat from Man notably, the Asian elephant, the Sumatran Rhinoceros, the Sumatran tiger  and the Bornean Clouded Leopard.
Off the coast of East Malaysia – specifically, the town of Tawau – in the Celebes Sea, lies the only oceanic island in Malaysia: Sipadan – a world-renowned diving location. It rises 2,000 feet (600 m) from the sea-bed and was formed by living corals growing on top of an extinct volcanic cone. It is part of one of the richest marine habitats in the world, with over 3,000 species of fish and hundreds of coral species already classified in this ecosystem. The diver can confidently expect to see schools of greenback turtles and hawksbill turtles nesting and mating, schools of barracuda and big-eye trevally in tornado-like formations, pelagic species such as manta rays, hammerhead sharks and whale sharks.
Oh, and a mysterious turtle tomb lies underneath the column of Sipadan island. It was formed by an underwater limestone cave with a labyrinth of tunnels and chambers and contains large amounts of skeletal remains of turtles that have become lost and then drown before finding the surface.

Get prices for Borneo Wildlife Holidays
When are you thinking of travelling?
Get Prices