Kuala Lumpur Things to do

Enquire about Kuala Lumpur Things to do
When are you thinking of travelling?
Get Prices
100% Privacy Guaranteed
See ABTA & ATOL details 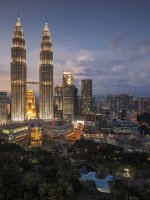 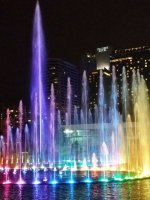 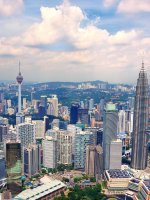 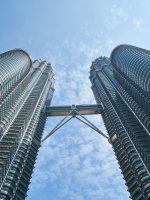 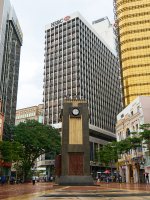 Get prices for Kuala Lumpur Things to do
When are you thinking of travelling?
Get Prices

retains much of the local colour that has been wiped out in other Asian “boom cities” with the Malaysian government trying to encourage greater cultural expression. If you would like our experts to help with advice to this magnificent city then just place an enquiry on the right of the screen

(or KL as it is often known) has several good theatres and performance spaces, such as the National Theatre (Istana Budaya) and KL Performing Arts Centre (KLPac) in the north of he city and the KL Philharmonic in KLCC and the Actors Studio in Bangsar.

KL is also excellent for pampering and spas: there are several five-star hotel-connected spas as well as independent treatment centres in the Golden Triangle shopping and partying district. Whatever the collective noun is for reflexology and foot massage places (an “instep” perhaps?) there is an abundance of them throughout LK, but especially in Bukit Bintang in the Golden Triangle and in .

In the same vein, the Sampuoton Fish Spa is the first “fish therapy” designer concept spa in . A  unique trait that sets it apart from the rest (well how many other fish therapy centres do you know?), is the inclusion of highly-priced Garra Rufa fishes from at the Sampuoton Spa. According to the spa’s own blurb, the Garra Rufa are believed to “rejuvenate and relax the soul while providing great beautification benefits for your whole body”.

Now Kuala Lumpur  is the type of city where the first things that come to mind when you talking of doing anything are "eating" and "shopping", But beyond the city itself, there are numerous interesting days out to enjoy. For example, the in KL’s northern suburbs are found in a limestone outcrop and are the focal point of the fascinating annual Thaipusam festival, usually held in February. The caves are easily accessible by RapidKL bus U6 from Titiwangsa station, (though ask the driver to let you know the correct stop as the caves are not immediately obvious). ’s National Zoo (Zoo Negara) is also located in the north of the city.

KL also has a wealth of sporting opportunities: golfing, cycling, running, jogging and even equestrian. If you are into rock climbing, then the , again, make for a popular and challenging weekend. Just place an enquiry below and one of our holiday experts will be delighted to help.

Get prices for Kuala Lumpur Things to do
When are you thinking of travelling?
Get Prices

Enquire about Kuala Lumpur Things to do
100% Privacy Guaranteed

Kuala Lumpur Things to do

Enquire about Kuala Lumpur Things to do
100% Privacy Guaranteed