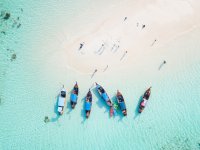 Enquire about Phuket People
When are you thinking of travelling?
Get Prices
100% Privacy Guaranteed
See ABTA & ATOL details 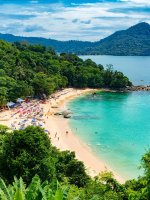 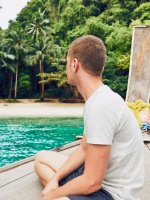 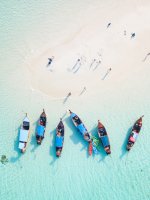 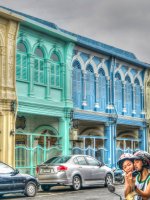 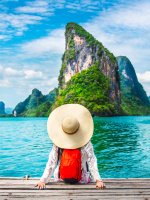 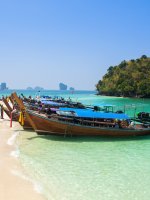 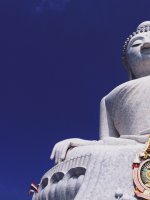 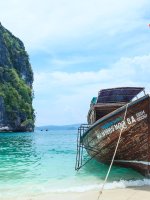 Get prices for Phuket People
When are you thinking of travelling?
Get Prices

About 200,000 people live on Phuket, with the main centres of population on opposite sides of the island. Phuket Town (or City) on the eastern side has about 64,000 residents, while the population of Patong Beach on the western side fluctuates depending on the time of year.
The residents are Thais who migrated from the mainland, Chinese who first came to work the tin mines and Muslims of Malaysian extraction who often come to work in the rubber plantations and rice fields. Today, the descendants of the early Chinese settlers are responsible for much of the trade and commerce on Phuket.
Then there are the Chao Nam or sea gypsies - indigenous people, having occupied the area for over a thousand years. They are traditionally nomadic, travelling from cove to cove until the fish and other resources were depleted. They then moved on, allowing the cove to re-establish its former ecological balance before returning to repeat the cycle. The Chao Nam are said to have originated in the Andaman and Nicobar Islands between India and Burma and are generally darker skinned and heavier than Thais, with curly black hair. They speak their own language and follow their own animistic religion.
There are three “sea gypsy villages” in Phuket. One located at Rawai is thought to be the oldest and is visited by busloads of tourists everyday. Another village is located 8 km north of Phuket Town at Sapam Coast and a third is located on Siray Island - accessible by bridge from Phuket Town. One group of Chao Nam - the Mokens - still prefer their ancestral sea nomad-style of living and occupy the islands north of Phuket.
And, of course, there are the five million-plus visitors and tourists, attracted initially by the grapevine as a resting stop on the “hippie” trail, then more recently driven by the emergence of low-cost carriers serving Thailand. Visitors provide an essential part of Phuket’s economy and, with some awareness of Thai culture, are assured of a warm welcome.

Get prices for Phuket People
When are you thinking of travelling?
Get Prices

As of 27th Jan Holidaysplease is rated: