Enquire about a New York and Canada Tour
When are you thinking of travelling?
Get Prices
100% Privacy Guaranteed
See ABTA & ATOL details 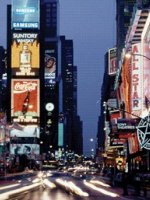 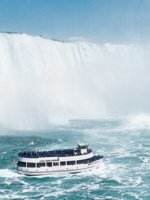 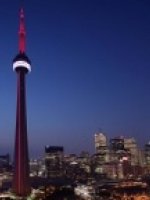 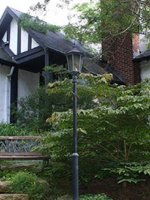 Get prices for a New York and Canada Tour
When are you thinking of travelling?
Get Prices

This tour combines the famous sites of New York City, Binghamton's vibrant art scene, a drive along the stunning Canadian Coast and finishing in the beautiful city of Toronto all in one trip!

To start your holiday of a lifetime, fill out an enquiry form and let our New York and Canada experts book the perfect trip for you.

Fly into The City that Never Sleeps and discover why it rightly earns that title. New York City will live up to its reputation and blow you away with everything it has to offer. Whether you want to shop 'til you drop, take in famous art galleries such as The Met, experience the music of Broadway or revel in the majesty of Central Park, there is something for everyone.

There is no other city in the world where you feel like you are on a film set with every step you take. Brooklyn Bridge, the Statue of Liberty, the Empire State building, the list of famous buildings in New York is almost endless.However as every corner has its own individually and diversity you can take as much enjoyment from the simple pleasures such as a traditional New York breakfast in a local coffee shop as you do when you visit a major attraction.

Manhattan helicopter trips are a spectacular offering as you rise above the streets and get to swoop around the city. Being able to look the Statue of Liberty in the eye is an amazing experience!

Following your city break start, take a drive out through Newark and dip across the state lines of Pennsylvania, winding up in Binghamton. The city has in recent years developed a strong art scene, including the abstract works of former child phenomenon Marla Olmstead who shot to fame worldwide.Similar to other parts of New York, Binghamton has a signature dish; the Spiedie sandwich - another regional treat.

July Fest and Blues on the Bridge are seasonal treats during the summer and fall seasons for music fans.Binghamton’s further claim to fame, is being home to six of the remaining antique carousels in all of the United States. Over 80 years into the lifespan, they boast free admission and a fun day for all the family, with a surprise souvenir to those who ride all six.

Heading over to the western side of New York, you’ll enjoy a stop in Buffalo. Located at the head of the Niagara River and across from Fort Erie, Canada, you will absolutely have to make time for a trip up the river to the Falls. While there, riding the Maid of the Mist is a definitive experience that you won’t regret… but you will probably get a little bit wet!

Authentic Buffalo wings will have to be on the menu whilst there; maybe you can even find out the real origin story! Something of a novelty, but a popular attraction nonetheless, is Edward M. Cotter, the longest serving fireboat in the US. Buffalo is also home to one of the largest outdoor Shakespeare festivals in the United States, Shakespeare in Delaware Park.

After passing through the border and onto Canadian soil, the city of Hamilton will be your next stop. With the Royal Botanical Gardens, Canadian Warplane Heritage Museum, Dundurn Castle and the African Lion Safari Park amongst others, there are plenty of attractions to welcome you in the North to the Steeltown.

There are over 100 waterfalls and cascades for you to discover and relax by. In September the Niagara Wine Festival should be on your itinerary and if you’re there during summer, be sure to check out the Shaw Festival featuring the works of George Bernard Shaw and fellow playwrights.

About a 90-minute drive away along the Canadian coast, Toronto will be your final destination. Containing some of the finest Victorian Industrial architecture in all of North America, the Distillery District has a multitude of reasons to pay a visit. With notable films such as American Beauty, Dallas Buyer’s Club, Silver Lining’s Playbook, The King’s Speech, and many, many more having premiered here, the Toronto International Film Festival is a definitive call if visiting during September.

Probably unmissable – it is over 1800 ft. tall! – the CN Tower is a staple of any visit to Toronto. With conventions, concerts, carnivals, monster truck shows and other large-scale events alongside its typical repertoire of sports, the Rogers Centre will certainly host something of interest to you. Sampling the national pastime with ice hockey’s most storied franchise watching a Toronto Maple Leafs game is an absolute must too.

Holding over 5000 animals from more than 500 species, the Toronto Zoo is amongst the very largest zoos in the world. The Royal Ontario Museum is also a prominent attraction, with its world culture and natural history exhibitions containing over six million items.

Get prices for a New York and Canada Tour
When are you thinking of travelling?
Get Prices

Enquire about a New York and Canada Tour
100% Privacy Guaranteed

As of 12th Aug Holidaysplease is rated:

Enquire about a New York and Canada Tour
100% Privacy Guaranteed