Enquire about US History Tour
When are you thinking of travelling?
Get Prices
100% Privacy Guaranteed
See ABTA & ATOL details 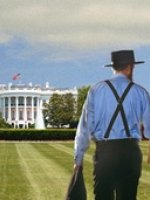 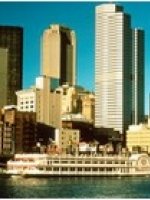 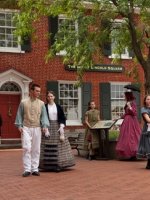 Get prices for US History Tour
When are you thinking of travelling?
Get Prices

Visit some of the most important locations in US history, explore the US's oldest Amish settlement in Lancaster and monuments such as the Liberty Bell in Philadelphia in this once in a lifetime tour.

If you are interested in a US History tour, please fill out an enquiry form and our experts will make your dreams a reality.

Start your holiday in the city where it all began. Storied Philadelphia has a wealth of history behind it. With such monuments as the Liberty Bell, the Betsy Ross House, City Hall and Independence Hall, you’ll definitely become acquainted with at least a few of those stories.

With several facilities such as the Pennsylvania Academy of the Fine Arts, the Rodin Museum and the Philadelphia Museum of Art, there is plenty of culture from several eras to soak in. The latter’s long flights of step you may remember from a little film called Rocky?
The City of Brotherly Love also has a wide range of quintessential dishes to feast on whilst there with hoagies, scrapple, soft pretzels, water ice, potato candy and Tastykake products to name a few.

However, the most commonly known, and recommended, is a Philly Cheesesteak. Opened in 1892, the Reading Terminal Market is the nation’s oldest farmer’s market. From authentic Philadelphian foods to cuisines from Asia, the middle-east and more, there’s all you could want to try and more from mostly family-run stalls. Reopening this year is the nation’s only Sesame Street based theme park with all your favourite characters in tow.

Following the busy metropolis of Philly, you’ll head on up to Lancaster County and witness first-hand, the complete opposite side of the spectrum with the US’s oldest Amish settlement. Life takes a much slower and peaceful pace here, illustrated by the availability of genuine horse & buggy rides and windmills being the source of nature-harnessed power.

Follow this sampling of culture with some real souvenirs and honest Amish cooking to get a real flavour of this way of life.
Harrisburg, capital of Pennsylvania, will be next. Every January, the Pennsylvania Farm Show, largest of its kind in the country, is hosted.

There is also an annual outdoor sports convention and a popular auto show held around similar times of the year. Close by id the town of Hershey, where the confectionary giants Hershey’s are based. A slice of unbiased history in the form of the National Civil War Museum are at hand too.

“Four score and seven years ago…” You all know those famous words, but now you can visit the site where they were originally uttered by Abraham Lincoln during the civil war.

In visiting the small town of Gettysburg, you will also visit the site of the famous Battle of Gettysburg, and see first-hand where one of the most important battles of the entire war took place with a guided tour that is intriguing and informative.

The Gettysburg National Military Park is another with similar associations and worth a visit. Serving as both a weekend retreat for the President and a meeting place for world leaders, the Eisenhower National Historic Site is a third attraction with historical merit.

Bedford will be your final stop before heading back to the city, and a chance to relax in a more contemporary setting. Springs Eternal Spa utilises natural spring water in all of its practices, and will make you feel well and truly revitalised for the final leg of your trip. Sample their historic “Bedford Baths” and signature product line made from indigenous products.

Bedford is also home to the world’s largest coffee pot, a spot of novelty architecture formerly housing a sandwich shop, but now just a photo opportunity.

Home to ten of the first ever - and over 60 total - green buildings, The Steel City, Pittsburgh will be your final destination. Home to long-standing annual Three Rivers Film Festival and continuing its long-standing movie traditions – including the first modern movie theatre - you will be able to see locations of several film productions.

In particular; The Dark Knight Rises which used a lot of downtown Pittsburgh along with Heinz Field stadium. Other more cultured delights include the Carnegie Museum of Art, the Frick Art & Historical Centre and the Andy Warhol Museum, with 17 galleries featuring thousands of his works.

Bicycle Heaven is the world’s largest bicycle museum and shop, with an annual “Bike Show, Swap Meet & Party” hosted in both June and September.  For some of the best views of the city, be sure to plan a ride on the Duquesne or Monongahela Incline. You’ll relish the quaint walk along the top of Mount Washington, the selection of fine dining establishments and of course, the breath-taking views of Downtown.

And if you’re still feeling adventurous after all of that, Kennywood theme park will offer you the sheer white-knuckle thrills to quench your thirst.

Get prices for US History Tour
When are you thinking of travelling?
Get Prices

As of 19th Aug Holidaysplease is rated: