Enquire about Iceland Holidays
When are you thinking of travelling?
Get Prices
100% Privacy Guaranteed
See ABTA & ATOL details 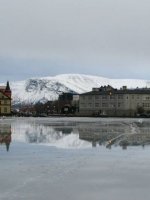 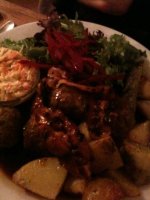 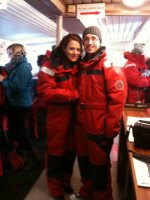 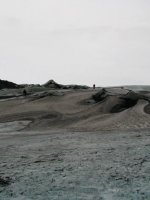 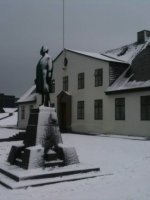 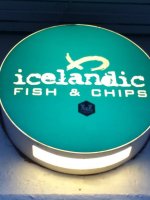 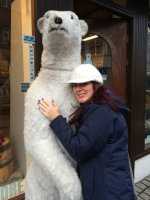 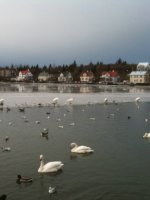 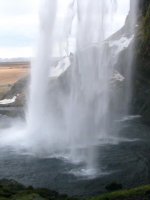 Get prices for Iceland Holidays
When are you thinking of travelling?
Get Prices

One of our travel experts Catherine recently went on a short break to Iceland. Here’s her first hand experience…

It's not often that you want to go away from the UK to even colder destinations in February, however Iceland is definitely an exception to that rule, as blanketed in snow it proved to be a stunning and very interesting destination.

Approaching the Icelandic coastline we were in for a treat with views of miles of icy terrain and spectacular dramatic snowy cliffs dropped into a deep blue sea. Arriving in Reykjavik and driving through snowy branches and passing quaint little houses it looked like an ideal scene for a Christmas card!

On arrival to our hotel we headed straight out to sample some Scandinavian cuisine. On recommendation by the hotel receptionist we dined at a cafe called 'The Laundromat’, which was an eclectic mix of a café, library and launderette! Picking the most unusual dish of meatballs, bacon, fried potatoes, gravy and a gherkin, this combination was admittedly tasty!

Wandering around the 'city centre' (which felt more like a town/seaside village) we got a feel for the place and didn't find it as cold as we thought, until...we reached the harbour. The harbour gave amazing sights of stunning mountains and backdrop for photo opportunities although the icy winds made it a quick affair! We headed back into the shelter of the town to admire the views from afar!

This first evening we took a trip to 'The Blue Lagoon', the naturally hot, milky, sulphuric baths lying amid miles of black lava fields. Running from the changing rooms to the water was an awakening experience… but so worth it once we slipped into the milky water.

There are points around the pool with natural minerals to rub onto your skin making you feel earthy and fresh, and the swim up bar provided sparkling strawberry wine added to the very relaxing experience.

The next morning we began our first full day by layering on the thermal clothes for a whale spotting adventure. Boarding the boat we were handed bright orange boiler suits to add to our Michelin man attire and prepare us for the Icelandic sea air and we set sail.

Approaching the snowy mountains across the sea was a breath taking sight and the commentary on the boat was very educational and informative, we even saw a seal pop up to say hello which was apparently very unusual.

"Best Fish & Chips In The World"

The fresh sea air built up a ferocious appetite so we decided to test out the claims of 'The best Fish & Chips in the world' at 'Icelandic Fish & Chips'. I have got to admit there is something in that claim. Menus change daily depending on what they catch meaning you can't get fresher fish than that!

The evening was spent trying to catch a glimpse of the Northern Lights. Although they were very active, the bad news was that the clouds spoilt our fun so we didn't really get to witness the phenomenon. The good news is that this just gives an excuse to return soon to try again!

The next day we explored the South coast and our first stop was the magnificent Seljalandsfoss waterfall. We had the unique opportunity to walk behind the sheet of falling water; this is the only known waterfall of this kind to allow such a feat. This was an amazing experience as we were lead 360° on a path around the enormous flow of falling water.

"A Thousand Shades Of Blues, Purples and Greys"

We passed the volcano that caused all that trouble with the ash cloud and after giving it a disapproving look and asking kindly for no repeat, we then arrived at what for me was the most spectacular sight, a glacier. I had never seen one before and found the colours and textures unreal.

From a thousand shades of blues purples and greys, swirling beautiful patterns and thick ice towering all around, encasing intricate patterns inside you get the feeling like you're on the moon or the top of the earth...and a million miles from civilization. Iceland is a world of its own and such a unique experience.

If you fancy a weekend in the footsteps of the Vikings, make an enquiry and Catherine will be more than happy to help you create an unforgettable experience.

Get prices for Iceland Holidays
When are you thinking of travelling?
Get Prices

As of 8th Jul Holidaysplease is rated: