Enquire about Jamaica Culture
When are you thinking of travelling?
Get Prices
100% Privacy Guaranteed
See ABTA & ATOL details 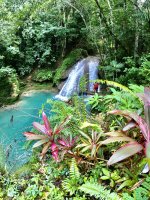 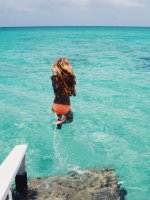 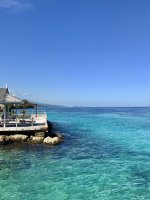 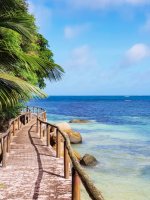 Get prices for Jamaica Culture
When are you thinking of travelling?
Get Prices

Did you know that Jamaica – the tropical island famous for its beaches, rum and reggae - was once the private pleasure ground of Christopher Columbus and his family?  And what a fantastic island!  This tropical paradise is, in fact, the third-largest island in the Caribbean 150 miles long and up to 50 miles wide is 93 miles south of Cuba and 112 miles west of the island of Hispaniola, on which Haiti and the Dominican Republic are to be found.
Its indigenous Arawakan-speaking Taíno inhabitants called the island Xymaca,  meaning either "Land of Springs," or "Land of Wood and Water" long before it passed through Spanish hands as Santiago and later as British West Indies Crown colony of Jamaica.  Although it is the most populous English-speaking island, that rich heritage has ensuring a fascinating mix of cultural influences.
Of the island itself, the Blue Mountains dominate inland, ringed by a necklace of golden beaches lined with tall palms, making up the narrow coastal plain. Most major towns and both cities (Montego Bay and the capital, Kingston) are located on the coast.
Rich in its own culture yet with a global reputation, Jamaica is famous for its musical genres - reggae, ska, mento, rocksteady, dub, and, more recently, dancehall and ragga, all originating in the island's vibrant popular urban recording industry. Reggae legend Bob Marley was born in Jamaica and still revered there, while other famous sons and daughters of the island include Peter Tosh, Jimmy Cliff, Desmond Dekker, Shaggy and Grace Jones.
What has been described as “aura of roughshod romance” attracts the traveller to Jamaica: for its urban street-life - jubilant to the point of chaos – or its more deserted beaches and luxurious resorts, in equal measure. Whether you want to drop out of turmoil of life at a Riviera-style resort, venture off to a discreet, couples-only hideaway or sally forth on a tropical safari, Jamaica is in many ways an unbeatable choice for an unforgettable holiday.
For expert holiday advice contact one of our Jamaica experts by filling in your details on the right.

Get prices for Jamaica Culture
When are you thinking of travelling?
Get Prices

As of 29th Jun Holidaysplease is rated: