Enquire about Map of Mauritius
When are you thinking of travelling?
Get Prices
100% Privacy Guaranteed
See ABTA & ATOL details 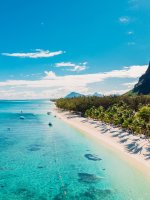 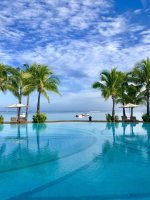 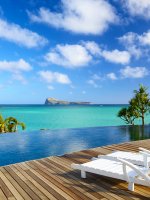 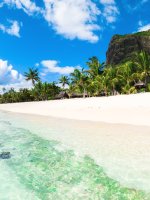 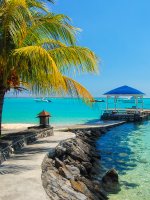 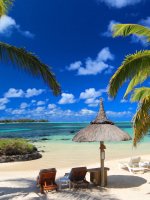 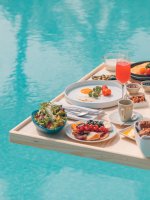 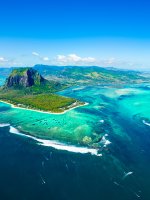 Get prices for Map of Mauritius
When are you thinking of travelling?
Get Prices

A map of Mauritius quickly reveals why the island nation is one of the world’s most inviting and popular holiday destinations abroad, with more than 90 kilometres of white sandy beaches and safe, crystal clear lagoons.

As the map indicates, Mauritius is situated some 2,400 km off Africa’s south-west coast and protected from the open sea – the Indian Ocean - by the world's third largest coral reef which surrounds the island, apart from the south.

Volcanic in origin, Mauritius is a country of fascinating contrasts: mountains are scattered throughout the island, along with tropical forests and its amazing coastal scenery. Although the island’s most famous bird – the dodo – was last seen in the late 17th Century, Mauritius boasts a profusion of flora and fauna, with tropical gardens, lakes, bird parks and even and extinct volcano or two to visit.

The capital, Port Louis, is a thriving mix of old colonial, with Portuguese, Dutch, French and British architectural and cultural influences and striking modernity, with high-rise offices, vying with the mountain range that surrounds the city. Among its many features are its busiest thoroughfare – the wonderful Sir Seewoosagur Ramgoolam Street – named after a former prime minister - and the Champ de Mars racecourse, founded in 1812.

As the US writer Mark Twain noted in his book Following the Equator: “You gather the idea that Mauritius was made first and then heaven, and that heaven was copied after Mauritius.”

Get prices for Map of Mauritius
When are you thinking of travelling?
Get Prices